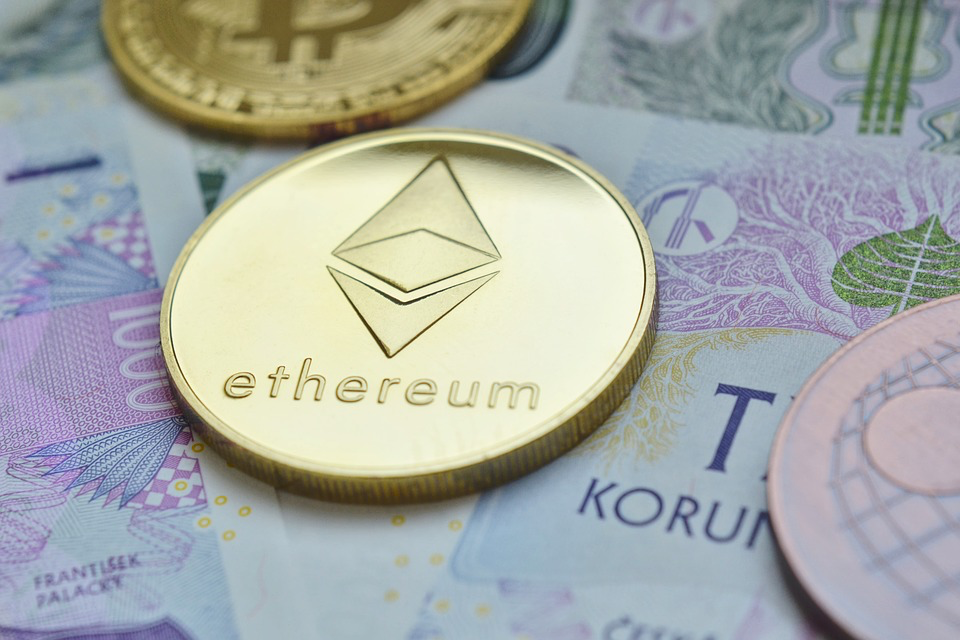 The Ethereum price index has come a long way since it was launched back in 2015 as a programmable blockchain network. It was then believed that it would truly harness the power of decentralization and immutability that Bitcoin pioneered in.

However, the cryptocurrency is still stuttering and hasn’t recovered as well as Bitcoin’s after the bear market of 2018-19. Its native cryptocurrency Ether (ETH) continues to play second fiddle to Bitcoin in the cryptocurrency charts. Let us take a closer look at things and try to figure out where it is headed!

Ethereum’s launch back in 2015 was one of the most anticipated events on the blockchain calendar at that time. For the first time in history, a programmable blockchain that could store permanent untamperable records on its ledger till eternity. This was a big deal back then as Bitcoin has limited functionality regarding storing personalized records.

Ethereum was touted as the messiah of blockchain technology and many hoped that it would scale quickly to cater for the massive needs of the people around the world. However, fast forward five years and the network is still at crossroads rather than showing signs of achieving its potential.

The Ethereum price index has also fallen considerably and despite some recovery in the Q2 of 2020, it is still giving mixed signals overall.

2013: Ethereum concept visualized by founders Vitalik Buterin, Joseph Lubin, Gavin Wood and others. Back then, Bitcoin was below $500.

2014: A crowdsale took place successfully with investors pitching in to support the new network.

2019: The long-term bear market continued and the cryptocurrency hit below $91 before recovering a bit. However, the recovery is not as good as Bitcoin’s with the premier cryptocurrency recovering as much as 60% of its all-time high value while Ethereum can only manage 40%.

2020: Ethereum price remains stable and produces a slight uptick in anticipation of the future in which several big developments are around the corner. The cryptocurrency is being traded within the $200-$240 range nowadays. 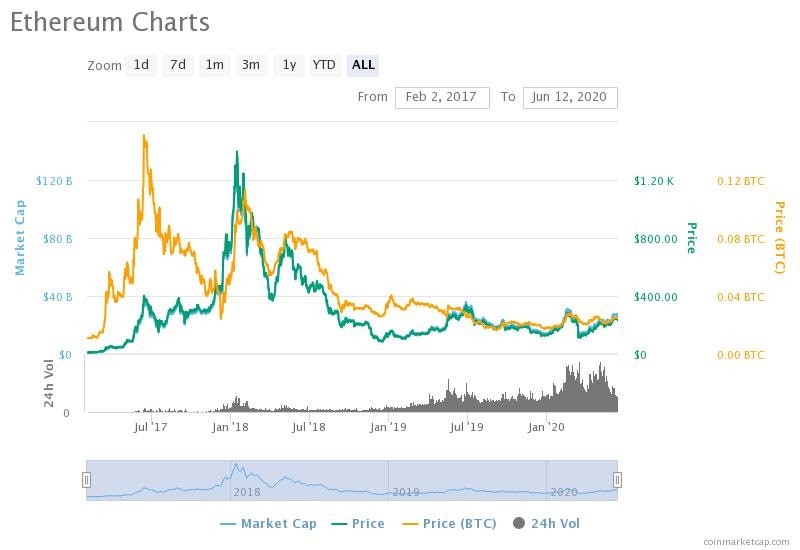 The graphs show this proof as all of the altcoins posted stronger results during the 2017-2018 bull market than Bitcoin but failed to hold it in the long-term. While Bitcoin didn’t appreciate as much as the altcoins, it did post some stronger results in the pullback and retained much of its value while altcoins underwent a carnage and most of them pulled back as much 90% from the all-time high positions in January 2018.

Ethereum was one of them. The Ethereum price index suffered a dip from an all-time high position of $1432 to $91 during the last two years or so. However, recent recoveries have given some sense of stability within the market for the coin.

The Ethereum networks and with it its price index is once again at crossroads. This is because of a massive update that is waiting to happen in December this year that will mark the shift from Proof-of-work (POW) consensus algorithm to Proof-of-stake (POS) algorithm. This new update is revolutionary as none of the big coins use this protocol. The update is expected to make Ethereum more efficient but poses many challenges of its own.

The Ethereum price index in the long run will follow the success of the new update to the network. This is an aggressive update that will challenge the status quo of the cryptocurrency world, but will it succeed? Only time can tell us that!