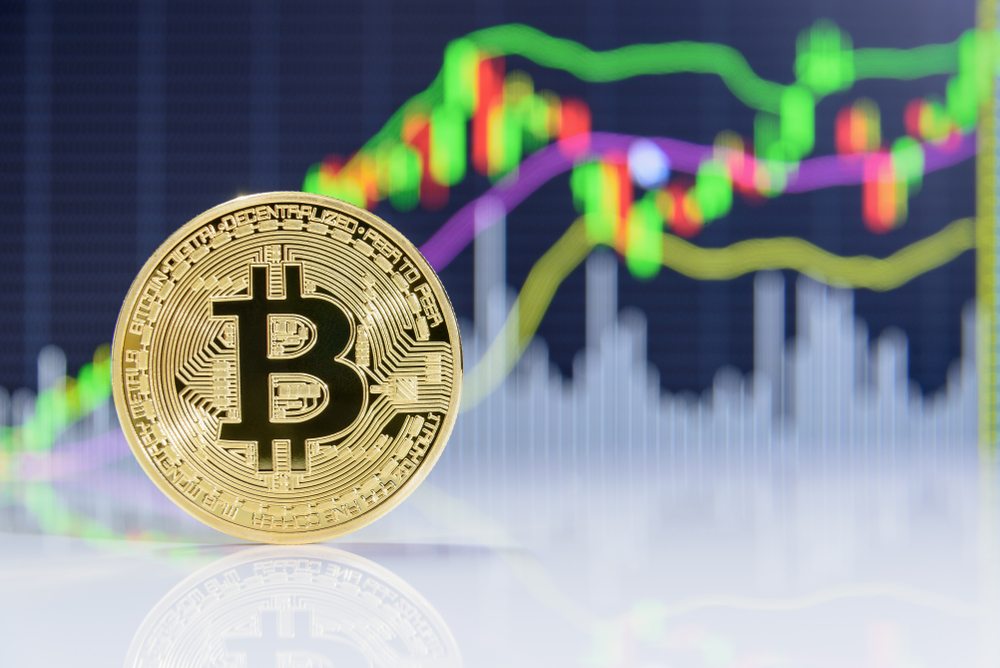 Bitcoin and cryptocurrencies in general are notoriously one of the most volatile and risky sectors to invest in, but the reward is also often very lucrative for those that have the patience to stick it out. If you are curious about the current prospects when it comes to the Bitcoin price, then you’re not alone. Many are eagerly awaiting movement on Bitcoin and other cryptocurrencies’ prices, especially in the face of the global pandemic and the economic unrest that is occurring because of it. This analysis will show you some of the possibilities in a short, medium, and long-term basis with respect to the Bitcoin price.

Bitcoin’s price currently sits at about $9200 and has been rising steadily for a couple of weeks after a flash crash down to about $4000 just a few short weeks ago. Currently, Bitcoin’s price is considered to be stable and hasn’t shown a crazy amount of volatility. This chart illustrates the rising channel that Bitcoin has been adhering to lately. 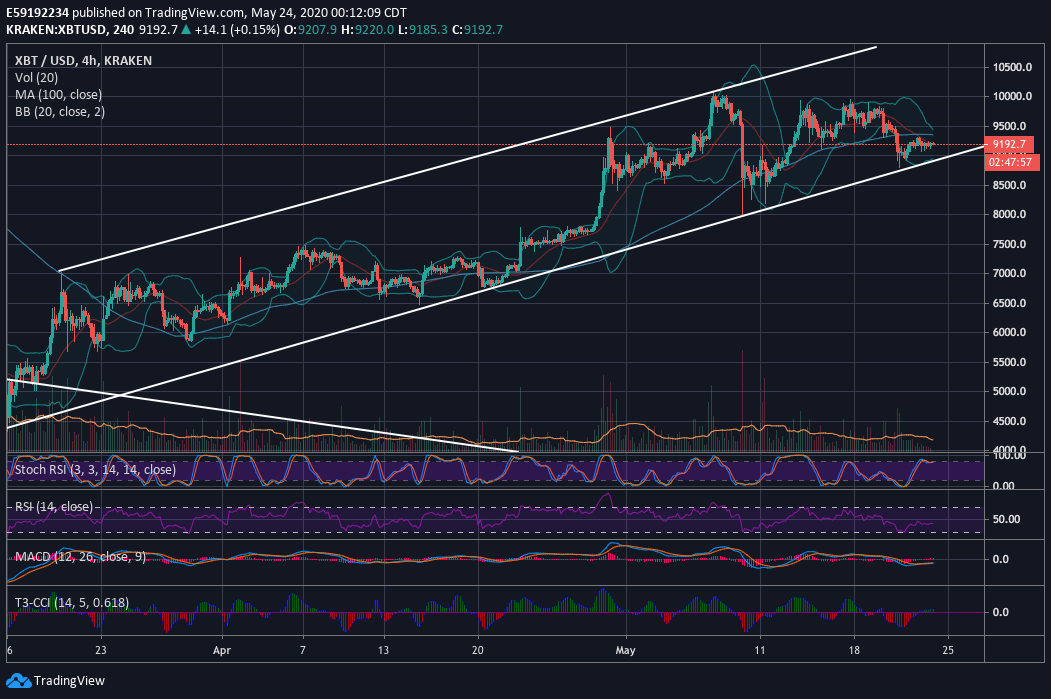 As you can see on this 4-hour chart, this channel has been touched multiple times on the bottom and top sides, meaning it is a strong channel with both support and resistance. Currently, Bitcoin’s price rests near the bottom of the channel and indicators such as RSI, MACD, and volume are middling with nothing too exciting to look at. At the present, according to this channel, there is more upside than downside in the short-term. A position in Bitcoin for the short term would likely carry a stop-loss of a daily close well below the bottom part of the channel.

Switching to an intermediate view of Bitcoin and what will happen in the coming weeks, we use a 1-day Bitcoin chart to give us a broad view. 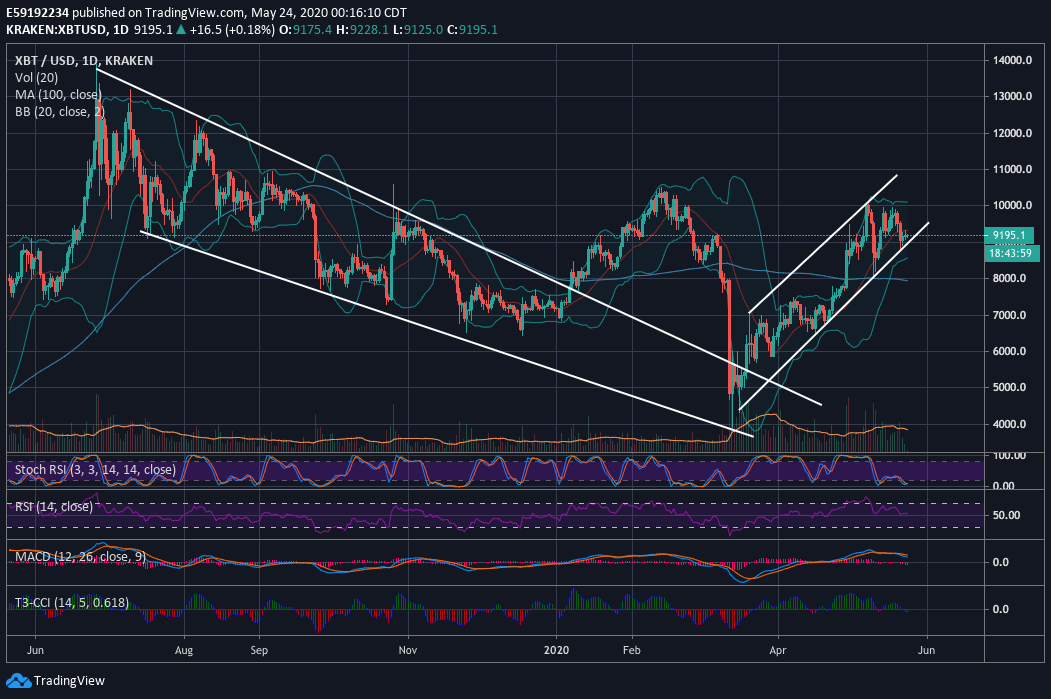 As you can see in this chart, Bitcoin formed a very large falling wedge after a rise to about $12000. We slowly declined and then recovered before the flash crash to $4000 and have been rising in the aforementioned channel ever since. What is interesting about this chart is that we have been steadily rising with healthy volume and have respected previous supports (see the touch on the old support line during the flash crash).

The intermediate look at Bitcoin’s price is rather bullish as long as the upward channel is respected.

The long-term view of Bitcoin is not an easy chart to read. For this, we take a look at a zoomed out look of the 1-day chart. 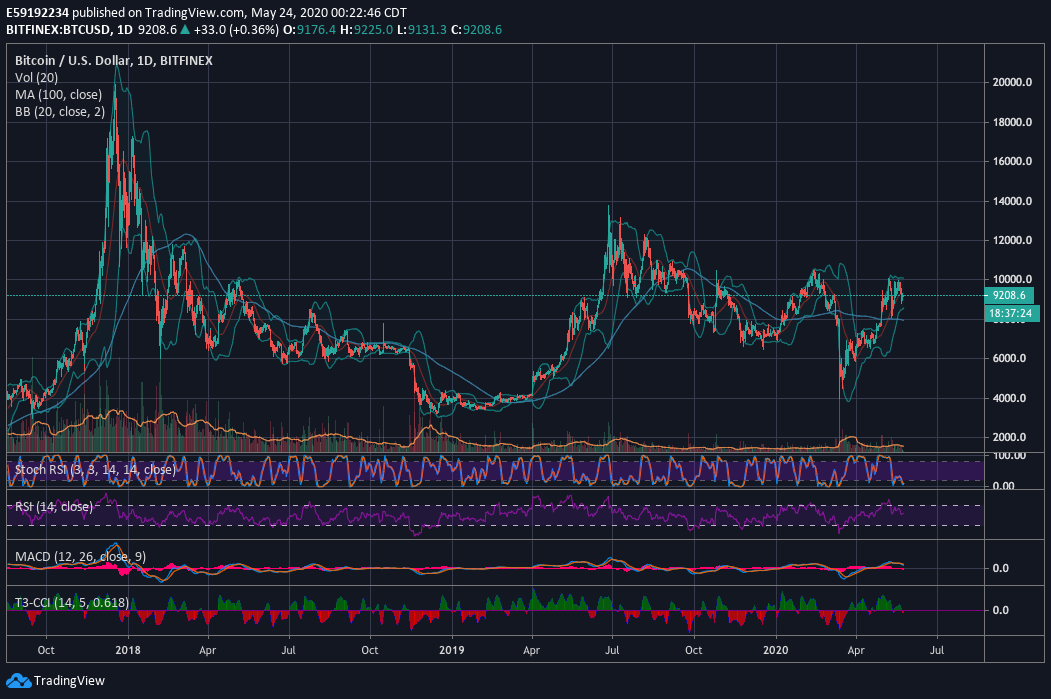 So far, we have yet to see any real bullish chart structure form, though it seems as though investors are starting to regain interest in Bitcoin again and we have been trading on higher volume as of late. However, it’s still a far cry from the volume that was experienced on the run up to $20k. As of now, the most bullish symbol that we can hope for is a daily close above $10k, which might tell us that the days of below $10k could be over and we could be ramping up for the next price run. Another thing to note is that the price action is more drastic than the last bear cycle, but still somewhat close. If this follows the pattern of the last cycle, then we are on the doorstep of a meteoric rise in price.